Vienna was the first destination after a 7 hour trip by train. The gateway to Eastern Europe where buildings have an interesting Eastern influence on the architecture. Grandeur is the key ingredient. Easy walkable and packed with museums this place easily kept me busy. As a highlight: the Natural History Museum! A formidable collection of other human species and carefully reconstructed faces/bodies makes this a visit more than worth. Probably this gave a bit more understanding why humans are so cruel. Probably no more than the current ones that lead to the extinction of close allies. This kept me wondering a while how such dynasties in the Austrian-Hungarian empire clamped to their power. Looking at the history and thinking about the future, an uprise may not be too far away. 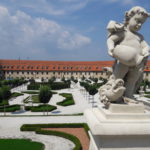 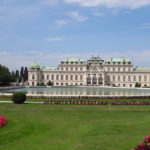 With these thoughts I easily crossed the border into Slovakia and enjoyed its capital, Bratislava. This is a vibrant, young and dynamic place where the roots of communism have long been forgotten. Soviet era buildings remind me of former times. I find these nice buildings reminding of grim times. While the street level spaces are quickly being converted in coffee places where baristas take their job seriously. Nobody could have imagined such a nicely, pedestrianized town centre. The country has more to offer. Such as the beautiful Mala Fatra NP which forested hills and scattered waterfalls. Even more challenging where the gorge walks in NP close to the recently revamped town of Spisska Nova Ves. Gorges no other than anywhere else, due to its accessibility. And how you wonder? Staircases, metal and wooden crossings take you (sometimes without hand rail) through the gorge. Slipping or falling are thoughts to be banded entirely… as I’m not sure what to do in such case. The natural environment it the country’s best kept secret. High diversity in flora and fauna that are protected under Natura 2000, many of these endemic to these gorges. A highlight of my trip through Slovakia. 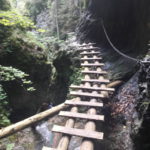 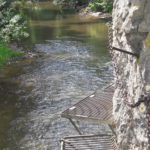 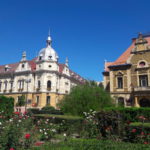 Entering Hungary was also as smooth as one can imagine thanks to Schengen. Although the country’s hostility is visible and to be felt everywhere. Unwelcoming and hard to get into contact with, I found the people rather cold. It’s like traveling among a bunch of ice cubes in a train. While the melting of it creates a poisonous liquid. Although, Boedapest does have the tourist numbers and size to feel a little more cosmopolitan. With the nice castles, the river, and beautifully restored city centre, this place is worth to visit. Even though it is hard to escape the staring burning through my flesh. Balatonfüred is more relaxed and the walks along Siofok offers great view on Balaton Lake. Definitely a highlight to enjoy the little natural beauty in this country. Rather flat, too much reminding me of home. For some tourist action, the Lillafüred forest train is worthwhile as you snake through a nice landscape. Here I did a small hike to a waterfall. Information is scarce and the language pretty much a fairy tale. This was challenging at times. After a week I still couldn’t say thank you and barely ‘hello’. the best word to take away: Réndörzség! It means ‘police’?! Yes, you guessed that very right 🙂 Anyway, I doubt how worth it is to visit Hungary in the end as the people are probably the world most unwelcoming (as far as I have met). 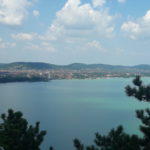 Romania is a completely different story. The welcoming people were a shrining contrast with its neighbors. The country where they couldn’t figure out my identity card and had to fall back on requesting my passport. A daunting border crossing as reminder what Schengen means. At least it was within the EU! Timisoara and Sibiu are very beautiful university towns. Largely under restoration with EU subsidies the cities are under a large overhwole. I felt of the beaten track without any tourist draws. It’s just the stories about the famous Dracula who is no Dracula but a famous leader who fought against the Ottomans. His was famously named Vlad Dracul Tepes which means the son of Drac (Drac+ul). The ‘joyful’ stories came from the fact that he was so harsh against the Ottomans by sate sticking them on the fences around the castle grounds… Really? This sounds all so familiar with the rise of nationalist in Europe… to celebrate along, I bought a tourist t-shirt of the ‘great’ Dracul.

Train travel in Romania is slóóooow which means more time to enjoy the landscape. That landscape is particularly with looking at with mountain peaks and undeveloped places. From the train I see people crying water from well indicating no flowing water and sparse electricity in these places. Romania is somewhat bold in city/rural contrast. A situation that is not likely to change as major infrastrastructure projects focus on connecting the major towns. All is centered around the capital. Bucharest is surprisingly quiet and easily walkable. Recently restored buildings, parks and many museums are within 20 min. reach. The most interesting place is the Palace, the 2nd largest adminstartive building on the planet. The ridiculous contrast is also visible within the city. A reality resulting from steep prices, poverty, inequality, and environmental degradation. Clearly visible too in the coastal city: Constanta. Not much keeping me there, but just to experience the stark contrast is good. Good to realize I guess. 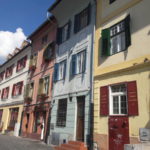 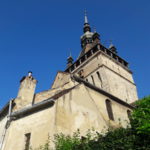 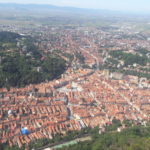 The night train to Moldavia was traveling in old Soviet times, a nice reminder of these times. Blue/yellow colored, with yellow curtains and old grandeur interior. The experience got frequently interupted: for passport and custom checks on the Romanian side. Then for the same procedure entering Moldava. After that, the train got new boogies that are compatible with the soviet era railways. A process worth seeing. I wonder why this is still being done whereas changing trains would be far easier. I realize many people are employed by holding on this procedure. The slow process and opening of bags reminds me of how much I miss the EU already. Data usage: 1 euro per Mb. Withdrawals cost money and the movement of people and goods restricted. There I have to admit that the crossing was without trouble as the association agreement with the EU was achieved a few years ago.

Many infra and rebuilding is now being funded through EU, but the country comes from a bloody low. Devastated during Soviet occupation, a separation of province that made the country landlocked. And more recently, the Transnistria war that saw more land illegally occupied through Russian forces. This all is explained in the Wonderfull war museum, modern and old fashioned. With great exhibition mostly in English. The natural history/ folk museum located in an amazingly restored building host much of the country’s rich culture. The collection of dissected animals showing the lymph/blood/muscle/nerve systems were astonishing. There are massive dinosaur bones, one which was nearly complete! The park are under reconstruction but already prove excellent places for people watching. Perhaps Chisinau can compete among European city trip destinations. The place has many secrets to reveal. 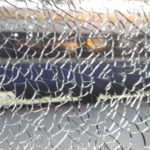 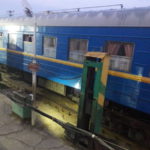 My last destination was Ukrain. From Moldava one modern train travels daily to Odessa. Border checks go smoothly with border police swiping passports in their portable machines. I did not get a single question and was stamped into the country! How easy. Odessa is a vibrant place compered to Constanta. Cultural and music activities are everywhere. Also here, the soviet times are visible with lack of maintenance wondering whether to walk under these buildings. Ones restored, they prove fantastic buildings. Churches, museums, opera and theatre are imposing their grandeur in revived modern times. As a port city, generally the coast is the point of action. Beaches, parks along the coast and ridge walk are all crowded places. Yes, Odessa is amazing to visit and still much off the tourist radar. 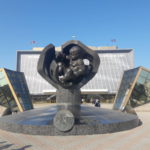 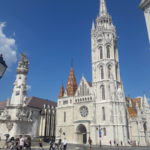 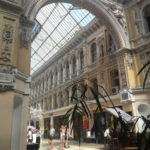 In Lviv I had great time and the feel of traveling back home arose. 2 days may not be enough if you want to visit museums. I wasn’t really up for doing anything and spent time chatting to locals. Young people seem to progress the status of associate to EU. Openly they speak out that detachment from Russia is only possible by membership of the EU. It is the main idea of my trip: Eastern Europe. But what is it? Where does it start or end? I never realized that the ideas had empowered so many people and in doing so the EU flag was seen in all government buildings! Lviv proved the best place to understand this. Also here, a separation war has costed many lives. Unnoticed for a tourist or visitor. In the national psych this lingers around even more. Coffee bars, designer shops, and the hipster alike trend is pushing its way. Young people take over Lviv, ones part of Poland. Despite being very pretty and pedestrian friendly, the real answer lies not far from Lviv centre. The large cemetery hosts an incredible amount of Polish soldiers, perished in the Great War…14, 15, 18 years… thousands of them died! This is what the people in Lviv try to avoid. 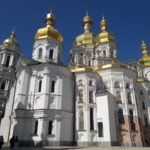 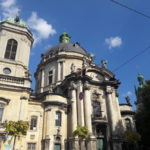 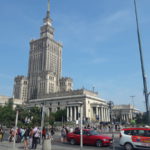 In Kiev the war is visible with bullet holes in many buildings. The torn landscape does not hide the poverty and damages from events just decades ago. The museums also vividly tell the stories of Ukrainian history. Colliding with the rigid soviet era buildings are the new shops. Especially the designers are active with a large variety of domestically made cloths, arts, and even skills to make miniature objects. There is a whole museum dedicated to the Miniature works of an artist, only visible under a microscope he managed to make golden horseshoes under the feet of a common flea! Up until today it remains a mystery how he managed to fabricate these world famous art pieces. From micro to macro, the churches stand tall with their uncountable towers. The Orthodox monks had to hide their religion and built a network of caves where one of the most sacred religious people are buried. I saw hands sticking out…barely any flesh left and the bones; this wat is truly saving it for the next generation. The catacombs were nice and cool, however the souring hot days that started from the beginning of the trip also passed. Temperatures ranging from 23 to 25 degrees. No day of rain, sunshine and blue skies. 5 weeks long. I was only familiar with this stable weather in Perth.

With two long train trips I arrived via Warsaw in Berlin. While drinking my coffee I have a view on the ugly town hall of Warsaw. A familiar sight when I travelled to Australia and also my first destination of that trip. I can’t barely believe how quickly time has passed since.