This time I’m writing from closer to home, France. I visited the Ecosummit 2016 Conference in Montpellier where sunny weather was awaiting me.

Blue skies and happy people surrounded me. I stayed at a couchsurfer who picked me up from the tram stop. A friendly artist from Malaysia, named Eddie who lives together with a housemate from Montpellier, Patrice. The first evening I was too stiff to sit in the house and decided to walk towards the botanic garden. The treelined streets have often bike paths and everywhere you can see signs that the city is movie to more sustainable living. The excellent trams system is part of that. Too tired to do anything afterwards I returned to my couchsurfer hosts where I met Renia from Suriname. She was so vibrant and energetic which created a wonderful atmosphere.

It had been a long time to talk about my ever returning question where I am from. She summarised us being from Suriname as a unique species who simply don’t know any better than being made up of a rich diversity of culture, religion, custom, language, cuisine, music, and arts; that cannot be found anywhere else in the world. therefore we are very resilient and open to the world around us. I find myself in this description and I am grateful to have met her. This was my eye-opener in Montpellier.

The rest of the days I had very interesting conversations with Patrice. He is a master in asking questions when talking and evoked interesting insights about the tensed security situation of France, but that can also be experienced elsewhere in the world. Our talk was about how much freedom we give up that may undermine democratic processes we have established with much effort in the past to allow for security in public life and then only o realise that this increased vulnerability only led to undermining personal freedom. This is a question that many people are not willing to ask themselves according to Patrice. I can only say that there is nog good or right in any strategy, but that questioning is important to obtain your own truth. This is to me also related to issues as the ‘problem of the commons’ which pushes agains our planetary boundaries. I’m saying here that it is not about the technical or social issues we face, but that it has more to do with the loss of intuition of human kind to produce positive personal perspectives. In a world where we are flooded with media, screaming politicians, and fear among the population; this questioning process comes to a halt. We both concluded that creating large scale FEAR is the ultimate tool for undermining unwanted processes. This is different from the biological definition of fear that is needed to escape quickly… ironically we are in a state where we may want to escape the whole planet.

This was Montpellier for me: I got new connections to people with amazing ideas. This continued during the conference where speakers enthusiastically shared their ideas. Among scientists there seems to be more openness and collaboration than competition. We agree about that our wicked problems cannot be solved with one specific method, but that it is the diversity of the planet and human beings that allows us to develop a large scale of methods.

Then the time came to say goodbye to the people and  with a great feeling I left Montpellier and headed to Marseille by train. The pictures of Montpellier are below and you are allowed to create your own story around them 🙂 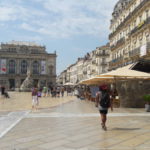 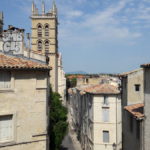 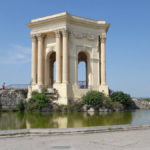 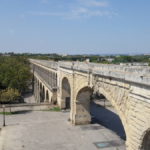 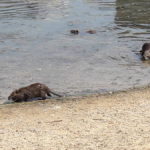 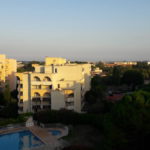 Marseille is very cosmopolitan and very easterly oriented which roots into people and the architecture of the old town. In the meantime my French too off and it became increasingly easy to also interact with people randomly on the streets. There was no need to speak French as I discovered that people were willing to speak in English. Even older people in their 50s or 60s sometimes try to reply in English, which somehow undermined my prejudice that French people are not willing to talk in English.

In Marseille I realised that French people were complimenting for my efforts to hold conversations in their language. Another eye-opener was, that this has not so much to do with nationalistic sentiments, but rather with their cultural identity, arts, music, and expressions. A French person could be from anywhere in the world and most immigrants feel connected with the language through an identity that is hold together by the language itself.

The city is located near Parc National des Calanques (Calanques National Park) which I visited to explore the unique biodiversity of the Cote d’Azure, or known as the Mediterranean Coast. The vegetation somehow reminded me of Perth. Relatively low and shrubby vegetation in a hot and dry climate that is shaped by hills and a coastline that is carved with beautiful inlets. These ‘Calanques’ consist of important fish habitat that I was able to discover thanks to someone who was kind enough to lend her snorkel gear to me! I thought that I was swimming at Cottesloe Beach in Perth. The walking trail was quiet and went just along the coast which provided some great views on a tranquil blue ocean. An experience that even put me in amore relaxing mode. 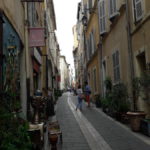 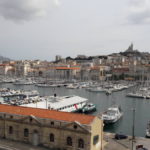 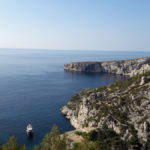 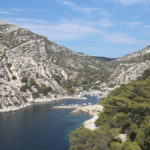 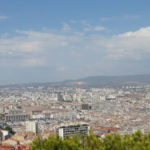 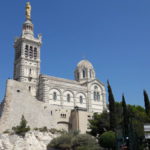 My last destination was Nice as I had to catch my flight from here. Like in Montpellier I stretched my legs by visiting the old fortress and the beach which was ugly; full with people laying on pebble stones. I wonder who on Earth voluntarily would do that? I just went for a quick swim and then headed back for sleep that I badly needed. 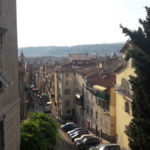 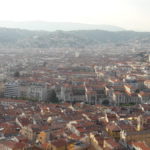 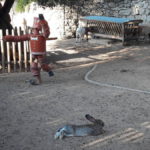 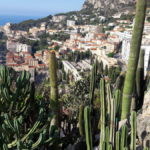 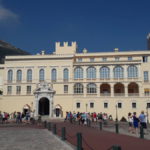 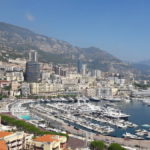 Monaco is not far from Nice and I decided to take the train that runs along the coast which provided for awing views. Monaco is a place of quirkiness and this is my top 5.

On my day of departure I visited the old town of Nice. This is built in the same style as Montpellier and I had a feeling to walk in a maze of secret streets. Here the rule applies: ‘one who gets lost, will discover’.