Wetlands are considered as important ecosystems that provide multiple benefits to humans, such as recreation and enjoyment of its biodiversity. Wetlands are mainly threatened due to human caused effects, such as climate change or urbanisation. Both factors negatively impact the hydrology of wetlands. The drying climate in Perth has resulted in too low water levels to support the ecology of wetlands. Ideally, wetland management need to respond to this change and should aim to protect the ecological integrity. This is unfortunately not the case. Community involvement is key to conservation efforts. The best way to communicate new research findings is through educational material; photo exhibitions; and a documentary that explains the values of the ecosystem. 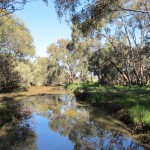 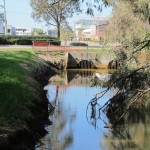 I created this page to help fund and expose my documentary journey across the Swan Coastal Plain. If successfully funded and distributed, this project would allow me to capture images of some of the world’s most biodiverse and endangered ecosystems and wildlife. These images and footage will allow me to tell a very detailed story of these critically impacted ecosystems and wildlife to a broad audience. My goal is to link documentary making and scientific documentation to promote a powerful way to promote conservation of these valuable habitats. These include the screening of the documentary and showing imagery at the Wetland Conservation Centres to support environmental education activities and gallery exhibitions to promote public awareness and providing the documentary for educational courses and public programs.

Wetland Conference – An exhibit is planned at the City Council of Aachen, Germany in February 2020 to showcase some of the photographs that are captured from this project and video images that will be shown as a short documentary. February 2nd will coincidence the celebration of World Wetland Day. The wildlife photography gallery will facilitate change by bringing attention to environmental issues through the persuasive power of photography and scientific communication towards a broad audience such as local governments, scientific institutes, nature conservation groups, and educational practitioners. This exhibition will allow the community to experience these remarkable habitats up close, and create a unique opportunity to promote conservation and public awareness of these critically impacted ecosystems. 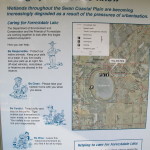 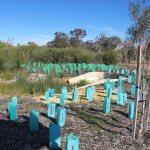 Wetland Education Centre Exhibit – Photographs, the documentary and funds will go towards developing wetland based curriculum and interactive activities that will be used for education at the regional wetland education centres in Perth. The documentary will be integrated in the existing wetland education exhibit to make the connection between visitors and the natural environment; and how their own everyday habits impact the health and ecology of local wetlands. The photographs, curriculum, and interactive activities generated through this project will directly help the education centres to raise awareness of the local and regional wetland environment and to promote conservation by teaching wetland science to the public.

Environmental Scientist – I was born and raised amongst the plentiful wetlands of the Netherlands, currently living in Perth. I received my M.Sc. degree in environmental sciences from Leiden University and Wageningen University, the Netherlands. I have worked in the ecological and conservation field since 2007, and am currently a teacher environmental education and Ph.D. student at the University of Western Australia, Perth. My research focuses on the topics of wetland management and groundwater flooding. Specifically, I am interested in various ecological questions that relate to urbanisation and drainage networks to prevent groundwater flooding and the effects on the wetland management. I am looking at future adaptation strategies to improve wetland conservation that enables protection of threatened and endangered species that inhabit the Swan Coastal Plain. Photography and documentary making allows me to communicate my research to a broader audience, and provides a powerful tool in promoting conservation and sustainability. 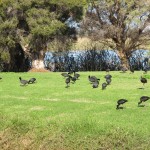 Wetlands sustain many birds and other endangered flora and fauna 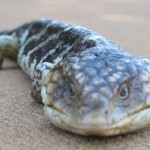